The woman accused in John 8:1-11 was in trouble; there was no question of her guilt. She was caught in the very act of her sin and she stood before Jesus condemned by the religious leaders.

John 8:3: “As he [Jesus] was speaking, the teachers of religious law and the Pharisees brought a woman who had been caught in the act of adultery. They put her in front of the crowd.”

She had been caught. There was no question that her behavior was sinful. Her actions were disobedient to the Law of God and were, therefore, sinful and worthy of punishment.

But Jesus is always more concerned with our state of being, who we are, rather than what we have done. The act of sin can be forgiven, but the sinner must first be transformed!

Jesus is teaching. He is surrounded by His followers who are learning and nodding in agreement. There are those who don’t believe, but they can’t stop listening. There’s just something about this man they can’t deny.

Suddenly, here come the religious leaders of the day. I imagine them stomping up the stairs of the Temple Mount, angry, dragging this woman and hurling her at the feet of Jesus, pointing and shouting her sin for all to hear.

Those in the crowd are instantly afraid. They know the power these leaders have. They know the consequences of disobedience. They may feel sympathy for the woman, but more likely they are a little relieved to learn that the wrath of the Pharisees is not directed at them. They silently wait and watch the scene unfold before them, careful not to draw attention to themselves.

The woman is disgraced, ashamed and now put in the center of the crowd. These are people she knows. Today, this would be the people she goes to church with, their kids play on the same little league teams, they have worshiped, prayed, laughed and cried together. Those accusing her are her pastor and elders of her church. She knows who they are and they know her.

“Teacher,” they said to Jesus, “this woman was caught in the act of adultery. The Law of Moses says to stone her. What do you say?”

This is a public humiliation, a show of power as the religious leaders try to cause Jesus to stumble. They don’t care about the woman, and they most likely don’t really care about her sin. They simply want to trap Jesus into saying something they can use against Him.

Jesus always knows what is in a person’s heart. I love that in this moment, Jesus calmly begins to write in the dust. I can just see the leaders start to glance around, palms raised, questioning looks—“What is He doing?” they must have wondered. I wonder if the woman dared to look up or if she was too afraid to move. I hope she stared at the feet of Jesus feeling His power, love and mercy!

Jesus knew what the woman had done. He knew her sin, and He knew the sin of every person there. He even knew their future sins! But, in His love and compassion, He doesn’t begin loudly calling them out. He doesn’t further shame the woman by shouting all her sins. He writes in the sand.

Maybe He starts to list the sins the Pharisees have committed, sinful thoughts and acts they think no one knows, their deepest, most shameful secrets. Maybe Jesus even starts writing the names of their girlfriends!

But He does it quietly, solemnly, revealing their sin to their hearts without publicly shaming them.

We don’t know what Jesus wrote, but the Bible tells us what He said: “All right, but let the one who has never sinned throw the first stone!”

Knowing their own sin, the accusers slowly, one by one, turn and walk away. The woman must have begun to look up by now. If she hadn’t already been staring at Jesus, I feel certain that she was now.

With tears streaming down her face, clothes torn, dirt covering her body, the depth of the love of Jesus must have begun to flood her heart. As she stared up at Him and He held her in His gaze, she began to know true peace.

In the center of the crowd, the accusers all gone, only Jesus and the woman remained. In that moment, the people, the crowd, the world had faded away. No one mattered to the woman but Jesus.

“Then Jesus stood up again and said to the woman, ‘Where are your accusers? Didn’t even one of them condemn you?’ ‘No, Lord,’ she said. And Jesus said, ‘Neither do I. Go and sin no more.”’

~Are you in the crowd? A witness to something amazing that Jesus is doing? Share it! You must be a bold witness and give your eyewitness account of how God is working in the world today.

~Are you playing the role of a religious leader? Are you accusing and sitting in judgment over someone when you have unconfessed, unrepented sin in your life? Leave the crowd and get to a quiet place with Jesus. Let Him cleanse you and make you new. Then, and only then, in private, in love and in truth, can you begin to have a conversation with your brother or sister.

~Are you the woman, living in sin, hiding a shameful secret? Are there behaviors in your life that you know are sin, thoughts and actions that are dishonoring to God, and yet you justify them or ignore them?

Jesus doesn’t want to shame you. He wants to take your brokenness and sinfulness and create beauty and glory in you. Decide today, right now, to stop the sin. Ask God for the strength to repent, turn from the sin, and replace it with praise to Your Father in heaven.

Just like the Pharisees, the woman, and the crowd, we are all sinners–each and every one of us. Our individual sins may be different, but our hearts and thoughts still lead to sinful behavior.

They were all guilty. We are all guilty. But the redeeming blood of Jesus washes us clean! In Him, we are redeemed, renewed, and made new.

Jesus is the way to forgiveness. He is hope. He is peace. He is life.

In Christ, we are no longer condemned and there is no need for shame. Though we are guilty, we are forgiven. We are cleansed and made new as if we had never sinned!

Are you a new creation in Christ? The old is gone. Your past has no power over you and there is no shame or condemnation. Leave it behind and find the new thing God is doing in you. Praise Him, rejoice, and share that transforming, redeeming love with someone else.

“Then Jesus stood up again and said to the woman, “Where are your accusers? Didn’t even one of them condemn you?” “No, Lord,” she said.

And Jesus said, “Neither do I. Go and sin no more.” 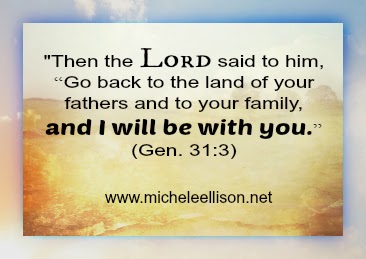 Trusting God is a choice, one we must make daily. He is faithful and can be trusted, but it is up to you and me to choose to trust Him.

Give Him whatever is weighing you down, whatever is troubling you, whatever is causing you pain~give it to God today and watch Him create something beautiful out of it. And He will bless you with rest!

Jacob had wronged his brother long ago, and now it was time to “fix” it. He had no idea how his brother would react to seeing him.  He was afraid.  But, he knew God is bigger than fear, stronger than any danger, and he chose to trust God.  He trusted Him with the details enough to obey.
God wants us to have true peace and lasting joy.  Not just on the surface, but deep inside in our innermost heart.  Late at night, when the world is still and quiet, He wants us to rest in complete peace!
And God knows, the only way for lasting, perfect peace—we must deal with our “stuff”.  We can’t cram it down, hide it, ignore it, or run from it.  No, the only way to be truly free is to remove its hold, its power over us, by bringing it into the light and trusting God.
God wants us to live in complete freedom in every way!  Sometimes we need forgiveness. Sometimes we need to forgive.  Sometimes, we need both.  But there is always freedom!
Trust, Obey, Rest…Repeat
Is there something (or someone) from your past that needs God’s reconciliation? Forgiveness? Grace? Give it to God and watch Him do the miraculous in you and through you. It won’t be easy.  It might be one of the hardest things you’ve ever done.  But when we obey God, He will bring healing, freedom, and joy…
Trust God for the miraculous!  Go… right now! 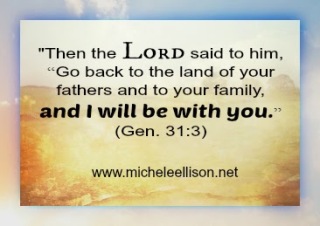 Lord, You direct my path and guide my steps.
Quiet my thoughts, help me be still in Your presence and hear You.
Whatever you ask me to do, strengthen me to obey with confidence and joy,
knowing You are with me. In Jesus’ name, Amen!
~*~

I would love to hear from you!

For prayer
If you would like prayer for any reason, it would be my joy and delight to lift you to the Father.

For fellowship
I would just love to “meet” you!

And I pray you are blessed beyond measure!